I had the opportunity to interview one of my favorite players on the Baltimore Blast MASL soccer team, Pat Healey.  Pat is the son of Kevin Healey (the President and General Manager of the Baltimore Blast) and grew up in Bel Air, Maryland.  He attended Calvert Hall High School (did I mention I go to Archbishop Curley, the rival school of Calvert Hall), and played Soccer at Towson University. At Towson, he was named the 2007 Colonial Athletic Association Player of the Year.  Pat was a three-time All-CAA selection and a two-time NSCAA/ADIDAS All-South Atlantic Region player. 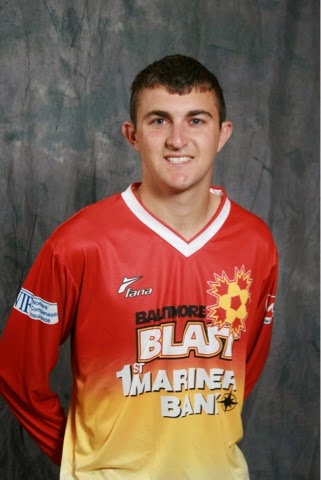 How did you get started in soccer?

I grew up with it. My grandfather and father were always in it. I started when I was 3 at Maryland sports arena in Edgewood. We played a lot in the living room, too.

Did you just play soccer growing up?

I played a lot of sports. Baseball, basketball and golf but soccer has always been my favorite.

Did playing other sports help improve your skills as a soccer player?

The movement in basketball is similar to soccer. Working in small spaces and combination play. Basketball is very similar to indoor soccer or Futsal. Baseball also helps with quick reactions and decision making.

Who were some soccer role models you looked up to when you were coming up?

My first role model was Chris Reif. He went to Calvert Hall and then eventually played for the Blast. Our families were friends so I saw him play a lot.  I watched the blast a lot growing up. Danny Kelly and Syracuse's head coach Tommy Tanner were great two way players that I watched.

Who is the funniest player on the Blast?

Max Ferdinand thinks he is. Either Mike Deasel or Neto.  Two different sense of humors but both funny.

What advice would you give to young players who want to become professional soccer players?

Dream big. Work hard. It's not easy and takes a lot of commitment and sacrifice. I was a kid from Baltimore watching the Blast and my dream came true.

What is your favorite pre-game meal? Song?

I eat chipotle sometimes. We go there a lot, especially on the road. Chicken is usually in the pre-game meal somehow.

Favorite song is hard. Maybe "Love and Memories" by OAR. It's my favorite band. I like all kinds of music. I listen to country a lot.

How did you begin to plan for your professional soccer career?

I was a sophomore in college and had the feeling I had a chance to become a pro. I started taking a lot of extra classes so I could graduate early because the MLS draft is in January. I would need to graduate a semester early.  Graduating was important to me. I put a lot of time the next 2 years studying and working hard in practice and extra after some practices.

What was life as a “rookie” like a few years ago? What were the emotions? How did you stay focused?

I was the only rookie playing so it was big. We had a lot of veterans so I just want to learn. Every practice was a new lesson. I watched and talked to Robbie Aristodemo all the time. Any advice he could give me was great.

The guys on the team were great. I felt a part of the team right away. They kept me focused and hungry to learn. I try to do the same things with the new guys now.

That's why the Blast is so great. Leaders. It's about the team.

What are some of the lessons you’ve learned on your journey?

The ball doesn't bounce your way sometimes. Been in the final 5 times in 6 years. Only won twice. Twice we were winning near the end of the game. Losing sucks but all you can do is try your best.

What are your goals? Short-term? Long-term?

Short term is win the MASL championship this year. Long term is to stay healthy and help the Blast keep getting better. I play for the U.S. Futsal national team and the World Cup is in 18 months so preparing for that too

I hope you guys enjoyed this interview as much as I did while constructing it. Thank you again Pat for the wonderful opportunity!  Thank you to the Baltimore Blast for the Photos and biography on Pat. 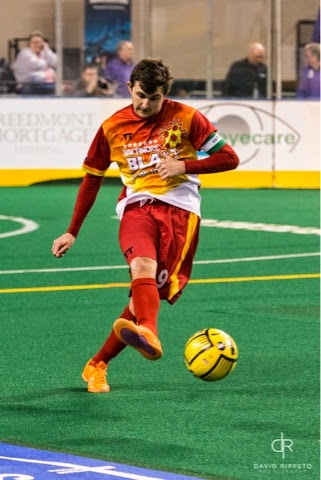 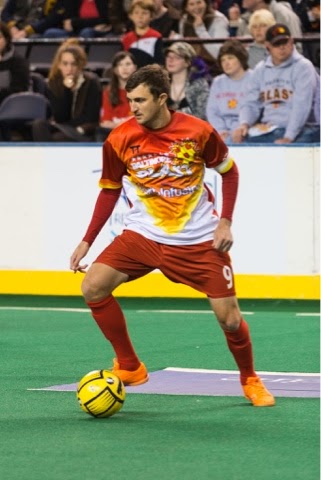